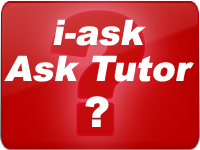 First things first there is no such term as Subsequent events defined under International Accounting Standards, however, many use this term for such events which in accounting standards has been described as Events after the reporting period.

On the other hand the term subsequent event has been defined specifically in International Auditing Standards. Many students get confuse most of the time in the following two areas:

Subsequent events, or precisely said, Events after the reporting period (as in accounting) has been defined in IAS 10 as:

Those events, favourable and unfavourable, that occur between the end of the reporting period and the date when the financial statements are authorised for issue.

Two types of events can be identified:

Subsequent events (as in auditing) has been defined in ISA 560 as:

As per accounting standards the subsequent event relates to the period between the end of the reporting period until the financial statements are approved. And that’s all!

However, as per auditing standards, auditors are responsible for only obtaining sufficient appropriate audit evidence that all the events that are adjusting events and have occurred between the date of financial statements and the date of auditor’s report have been identified.

Auditors are not responsible to perform audit procedures after the auditor’s report has been issued.

However, if the fact is discovered after the auditor’s report is issued then auditor will ask himself one question:

However, as said auditor is not “actively” responsible after auditor’s report has been issued unless the conditions are satisfied.

What are the merits and demerits of assurance engagement?

What is meant by Control Environment in auditing?

What is Other Matter paragraph and when is it used?