Most of the non-current assets held by the entities require depreciation because of use devaluation as a result of use of the asset in business operations or other factors.

Many different depreciation methods can be used by the entities to record the effect of devaluation. However, IAS 16 Property, Plant and Equipment requires that:

IAS 16 | Para 60
The depreciation method used shall reflect the pattern in which the asset’s future economic benefits are expected to be consumed by the entity.

In simple words it means that depreciation expense should be recognized in the same fashion as benefits are derived from the asset through its use.

Due to this requirement, if the consumption pattern of economic benefits changes then entity might have to change the depreciation method.

Important
According to IAS 8 change in accounting estimate is treated prospectively i.e. if a depreciation method is changed then the carrying amount of the asset at the date of change will be depreciated on the basis of new method. Consider the example to understand.

A company bought an asset for 100,000 with an expected useful life of five years. After two years of use company decided to change the depreciation method from straight-line basis to reducing balance method at the rate of 15%.

Required: Calculate the depreciation for the third and fourth year

Step 1: Find the carrying amount at the date of change

Change in depreciation is made after two years so we will depreciate the asset for two years and it was on straight line basis.

Step 2: Depreciate the carrying amount on the new basis from the date of change

Depreciation for the third year will be calculated as follows:

Depreciation for the fourth year will be calculated as follows: 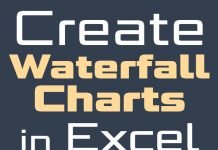 What is Statement of Cash Flows?

What is the difference between Revenue and Receipt?